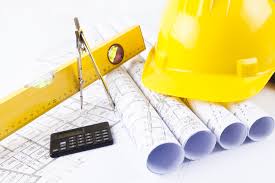 NOTICE OF HEARING OF ANNEXATION

TO DRAINAGE DISTRICT NO. 38

LOCATED IN OSCEOLA COUNTY AND

YOU ARE FURTHER NOTIFIED that the Board of Supervisors have appointed Ivan Droessler a qualified engineer, to examine such additional lands, to make a survey and plat thereof showing the relation, elevation and condition of drainage with reference to Drainage District No. 38 and to make and file with the County Auditor a report as provided by law. Said report to specify the character of benefits received.

YOU ARE FURTHER NOTIFIED that said report has been filed with the County Auditor of Osceola County, Iowa, and the Board of Supervisors have set the time and place of hearing on said report for February 7, 2023 at 1:00 p.m. at the Melvin American Legion Building in Melvin, Iowa. At said hearing the Board of Supervisors shall consider such report, plats and profiles and if satisfied that any of such lands are materially benefited by the district and that such annexation is feasible, expedient, and for the public good, it shall proceed to annex said lands to Drainage District No. 38 as provided by law.

YOU ARE FURTHER NOTIFIED that all objections to the proposed annexation of said lands and any claim for damages must be in writing and filed with the County Auditor of Osceola County at or before the time set for hearing.

YOU ARE FURTHER NOTIFIED that at such hearing, the Board may hear evidence both for and against the approval of the report or any portion thereof, but it shall not be competent to show that any of the land in the district assessed for benefits will not be benefited by such repairs or improvements to some degree. Any interested party may be heard in argument by themself or counsel.

YOU ARE FURTHER NOTIFIED that any person, company, corporation, or other owner of property failing to file objections prior to, or at the time of said hearing, shall be held to have waived all objections.  As a consequence of your failure to object, you lose your right to appeal the final decision within twenty (20) days to the Iowa District Court.

THIS NOTICE is published and mailed as provided by law at the direction of the Board of Supervisors of Osceola County, Iowa, acting as Trustees of Drainage District No. 38.

At the time fixed for hearing, the Board shall examine said report, and may hear evidence thereon, both for and against the annexation of said lands to said district.

By order of the Board of Supervisors of Osceola County, Iowa.